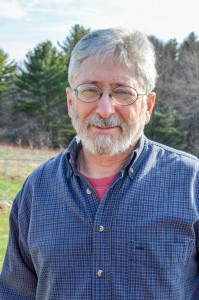 In 1975, Jeff Sebell experienced a TBI, during the summer before his junior year in college. He suffered frontal lobe and brain stem injuries, and was comatose for 30 days.

Jeff returned to college five months after his car accident, and finished college one semester late, earning a BA in Economics. After college, he worked as a disc jockey and music director at a radio station in Colorado. Following that, he worked in a family manufacturing business for nearly 25 years.

Jeff was active in supporting other survivors referred to him by the, just forming, National Head Injury Foundation in the early 80’s. As a result of his involvement, he was appointed to the founding Board of Directors of the Massachusetts Chapter of the National Head Injury Foundation, and spoke at the first statewide brain injury conference in Massachusetts. Since that time he has continued to write and speak, focusing on “living a fulfilled life after brain injury”, and was credited in the book, “Brain Injury Advocates”, by Sue Hultberg, with the first use on the web of the term, “TBISurvivor”.

His book, “Learning How to Live with Yourself After Brain Injury” is not your typical TBI survivor book.  Full of new ideas, it is invaluable for those who have experienced a Brain Injury, or for others who want to better understand what their relative/friend is going through. It is now available through Lash Publishing. For more info, or to order, go to http://www.lapublishing.com/sebell-survivor-support/.