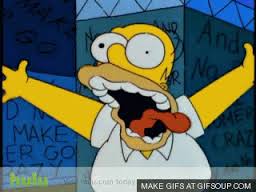 When we least expect it, Brain Injury rears its ugly head. Example: pumping gas. Pumping gas should be simple and pain free. but it has become infuriating. Anyone else feel this way?

First off, they tell us not to leave our car running while we pump gas because it might explode. They also tell us

not to use our cell phone while we are pumping gas because the car might go up in flames.

We’ll, it occurred to me that “They” need to address another kind of explosion that can occur at the gas pump.

“They”, whoever they are (maybe the Gas Pump Regulatory Commission), need to lay down the law  so that I don’t blow my top and become a gas pump maniac someday. “They” obviously have never had a TBI or dealt with anyone who has, because if they did they would know how excruciating,  unwanted and unregulated noises can be to us.

I am at my wits end when I pump gas and have music blaring at me through a speaker which is built into the gas pump. At some gas stations I can turn off the music, and I do so right away.  At others I am at the mercy of low quality, ear piercing, droning rap music which I cannot even turn down.

It’s loud and it’s making me feel like I’m losing my mind. I want to put my fist through the speaker. The music is turning me into a gas pump maniac.

I can’t  turn it down, and I can’t walk away. I’m stuck with my hand glued to the gas nozzle, squeezing out the last drop of petrol into my automobile, while I cringe at the sounds which are assaulting me.

I’ve gone in to complain, but the station has no control over the volume or what is being played.

Getting gas used to be one of the places of refuge you could at least get away from unwanted stimulation and get some quiet and some peace to collect your thoughts. Seems as though it’s gone the way of the rest of society, where now our senses are continually assaulted by noises, lights and motion.

Modern life can be tough on those who have experienced a traumatic brain injury. There is no let up for us. Life is fast-moving and unrelenting, sailing along without so much as a pause to allow you to catch your breath.

I think things used to be simpler. If I had been alive in the 1800s, and had fallen off my horse and suffered a brain injury,  my chances of survival would be far, far less, but if I had survived I would not have had to figure out a way to exist in a time when I was assaulted by telecommunications, computers, and high-speed Internet. Not to mention that the indoor lighting would not have been too bright.

There seems to be a need for people to be informed and/or entertained all the time. I don’t need that. I need my peace and quiet. I need my space. I’ve got my flip phone. I do not want a fancy phone with all that “stuff” on it: all those dancing icons. I don’t want emails except when I’m sitting at my desk. I do not want to have to walk around with ear plugs all the time, or with blinders shading my eyes, but I would like to find a way to be able to exist in the modern times.

Gosh, remember that stuff we used to call “Elevator music?” That soft, boring, innocuous music that was so dull you could make believe it wasn’t there?  Well in some cases, good ol’ elevator music has become miniature TVs or radios, blaring the news, sports or stock reports.

Modern technology is great in many ways. However, we need to be able to escape it. There are times when I just want to say, “Enough!  I’ve had enough!!” (which for me is almost all the time).

I’ve simplified. I’ve gotten rid of “stuff”, trying to be as much of a minimalist as possible. For me, the simpler the better. I don’t want my “devices” to run my life, and I go out of my way to avoid stimulation which upsets my equilibrium.

Once Upon A Head Injury…

Once upon a time, many years ago, before there were MRI machines and little was known about head trauma...a young man...