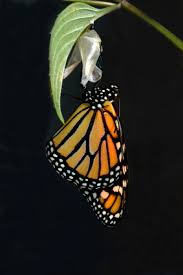 Looking out of my hospital room, at the green, metal bridge which spanned the Kennebec River, surrounded by the descending crispness of fall, I knew my life was going to be different. Stuck in my new world, I watched as the traffic rumbled over the bridge; my eye drawn to a lone maple tree with the first red leaf of autumn fluttering in the breeze.

I had some time to think.

One thing I saw right off  was that I wasn’t going to fit back into my old world. I just knew it. It was clear from the very beginning when my friends from college had come to visit. It was great of them to make the trip, but our short time together showed me how futile trying to put the square peg I had become into the round hole of life was going to be.

I saw that the quality of my life, post-TBI, was up to me, and was in large part dependent on what I did to better myself. I couldn’t count on anyone else. This involved reaching out, taking risks and doing things I never thought I would or could do. I was forced by my situation to take control of my life, and, unable to rely on available resources to “get me better”, I was going to have to serve as my own therapist, psychologist and support group.

Of course, sitting in my hospital bed, I had no idea what the challenges would be.  All I could do then was resolve to meet any that came my way.

One of the first decisions I made after I returned to college was to resume the weekly radio show I had at the college radio station. I don’t know what I was thinking.

Well, actually I did know: I thought, “I’m going to make these people listen to me despite the fact that I stumbled, slurred and welded my words together.” As I remember it, my show was pretty much an abomination, but I accomplished what I set to to do, which was make my mark as a person with a brain injury, to show people that, although “different”, I was really no different from anyone else and I was going to live my life with no apologies. I had also resolved to use the world as therapy; in other words, to work on whatever deficits I had by simply “living my life”.

Anyone who didn’t like it would have to lump it.

I spent much of the next year making sure that I didn’t back down from doing or attempting anything, and although I tried not to make a big deal out of the fact I had a brain injury, my actions let people know pretty clearly that I was different.

I had a very difficult time, but, despite the hardships, it helped to know that I was being me, and by that I don’t mean someone with a brain injury, I mean I was the way I was. Doing that, and being that way, was important to me as I discovered who I was again.

The next year I decided to go on a semester abroad, something I had been scheduled to do before that car accident got in the way.  I decided to go when someone dared me, not the smartest thing to do as I gave no thought to the challenges I would face across the ocean.

I made my mind up that things would be different for me in my program overseas. Whereas virtually everyone at college knew I had been in a car accident and had spent time in a coma, I decided to tell none of my new fellow students anything about my situation.

I didn’t want people looking at me. Whispering. Judging. If they judged me, it was going to be based on who I was at that moment, and not who I had been. This was going to be new start for me, where I would either be accepted or not accepted for who I really was. I needed to see how I fit.

However, the great thing was none of that bothered me, either because I couldn’t understand what others were trying to get at, or I couldn’t process information fast enough. Nothing said was malicious or hateful, but I cringe now when I think of some of the things said right to my face, and how I didn’t react or stand up for myself.

However, it was the  best thing for me. They didn’t know, and I didn’t have a crutch to blame things on.

True Freedom is living your Life with No Excuses

Most importantly, I came out of that experiment with the knowledge that I was who I was. I was no longer the person who had their life turned upside down after experiencing a brain injury. Instead, I was “me”, and it didn’t matter how I became “me”. That car accident was finally in the rear view mirror, and I had put it there because I dared to be who I had become.

When they say, “Stop Using that Brain Injury Thing-ie Excuse”

There are some things people say that cut right to the quick, leaving you bruised and bleeding as though a...