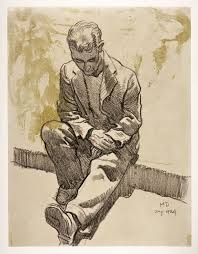 I am one of the many: a man who has experienced a Traumatic Brain Injury and feels forgotten. I am left wondering where my place is in the world and why I’m so easily cast aside.

We survivors, as a group, constantly deal with feelings of “being forgotten” and of being alone and not having a place for ourselves. Is there a way we can learn to live our lives and do something about that as we work at building our futures?

First thing I need to do is to be honest with myself, and that isn’t always easy. I don’t want this to turn it into a whining, complaining blog about how people acted as if I wasn’t there after my brain injury. Whining and complaining about the injustices I felt will not help anyone.

This exercise isn’t about being “right” and it’s not about being righteously angry. It’s about getting to the truth: I need to ask myself an important question: am I really the forgotten man, or do I just feel like one?

The two are distinctly different.

Look, I know this is huge and serious issue. Being forgotten is a very real problem for all of us, but I have to look beyond the obvious if I want to help myself.

There were also times people reached out to me after I returned to college, and they weren’t the people I thought would be there for me; casual friends who were especially nice to me or tried to include me in things they were doing.

I was lucky enough to have those things and it would be wrong to say I didn’t, but what happened: why did I end up feeling forgotten, and is that justified?

The Truth is Hard to Face

At those moments when people reached out to me, I was unable to respond because I wasn’t ready, or was in a fog and didn’t realize I was being reached out to, or didn’t know how to respond. I was in my own world, and I was unable to shake off the cobwebs. When I look back at it, these are the most frustrating moments because I realize now there were times I could have helped myself but didn’t.

One important piece to this puzzle is this: it was easy for people to be there right after my injury. However, a brain injury is forever, and were most people didn’t understand that and weren’t in it for the long haul with me. I guess they thought things would magically be back to normal when I got out of hospital, and they got spooked when they realized I wasn’t who I used to be.

I really cannot blame anyone because I felt forgotten, even if they really did abandon me. Things had changed. Life was different, and not just for me.

There was one final event that capped off my time in college perfectly and made me look at “Feeling forgotten” completely differently; almost as a blessing.

When I was a junior we had to turn in a photo that would be used in the senior yearbook. I distinctly remember handing my picture to someone who was collecting them.

When I picked up my yearbook the next year and leafed through it, I felt a little pang. Then I chuckled. For some reason, I wasn’t surprised when I couldn’t find my picture.

Not in the yearbook!! What a fitting end this was to college.

How ironic it all was. The man who often felt as though he didn’t exist had all of his darkest thoughts confirmed. At that moment I truly felt like the forgotten man, but in a strange way I got some sort of strength from being forgotten. It was the strength one gets from knowing. From certainty. From being exactly sure who you are and from being able to become whatever you wanted.

So what if I felt forgotten? I turned my feelings of being forgotten into a new kind of freedom.

What’s important is how we deal with feeling forgotten. What’s it going to take for you to not “feel forgotten”; to get over that painful and hurtful hump that affects so much of our attitude and how we view ourselves?

Sometimes it just involves flipping a switch and changing the way we look at the world. It doesn’t have to be complicated. It doesn’t even have to makes sense. It just has to be something within you that gives you the strength to “be” who you are, to not worry about what others think, and learn to be strong in yourself.

About two miles north of my house live a pair of bald eagles, and, like a good neighbor, I will occasionally wave when I...