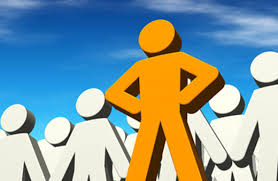 We are all aware that, in life, many things can be accomplished with the right blend of attitude and skill. Tell that to those of us who have experienced a brain injury; our skills and abilities have been diminished and our confidence takes a huge hit.

We just don’t think we can anymore.

One thing I struggled with after my brain injury was the danger of developing a bad attitude and becoming passive; of throwing my hands up and too-willingly accepting my fate. I needed to find a source of power that would keep my spirit up as I fought the odds and sought a future where things were possible rather than impossible; where my new life was waiting to be discovered.

This is where a toothpaste commercial, of all things, taught me something:

This toothpaste commercial made quite an impression on me when I was a teen. The ad showed two kids skiing down a mountain on a bright sunny day. Suddenly, they pulled up to a stop in front of a trail which dropped off to the left. One of the kids looked at the other said, with a bit of awe in his voice, “You’re going down suicide run?”

One thing that was clear from the tone of his voice was that suicide run was one bad-ass trail.

The teen looked back and simply nodded.  Then, throwing caution aside, he pushed off down the trail as the powder snow kicked up around him.

As the two of them skied off an announcer came on and explained what might not have been apparent to us:  the two of them were skiing down suicide run because they had toothpaste confidence.

That was a new one for me. I never knew that using the right toothpaste could make you a better skier.

We always got a kick out of that commercial, and when my friends and I went skiing and would come to a steep drop off, one of us would invariably say to the other, making believe we were shocked, “You’re going down suicide run!!”

Of course, the response always came back, “I have toothpaste confidence!!”

In reality, it didn’t matter what kind of toothpaste we used or even if we had brushed our teeth that day: what was important was that we had confidence and belief in ourselves. What had started out as a big joke, a ha-ha moment where we were making fun of a stupid toothpaste commercial, gained some relevance as we joked and affirmed emphatically that we had “toothpaste confidence.”

I began to see something important:

We already believed in ourselves, but by simply stating we had confidence, we had even more belief. We had confidence because we decided to we were going to have confidence.

As I said earlier, we already believed in ourselves without that so-called toothpaste confidence, but saying we had confidence gave us a little extra boost. We knew full well that having a whiter smile wouldn’t make us ski better. We knew that we wouldn’t ski better just because we didn’t have cavities or bad breath. The toothpaste itself had nothing to do with how well we skied.

It was the thought that counted.

We made the difference because we told ourselves, even if it was born of a joke, that we had confidence and we knew we were going to be successful.

So it didn’t really matter where the confidence came from, or even if it was justified. We had the confidence and the belief in ourselves because we said we did.

Life after brain injury is a time full of confusion, doubt and fear; when starting over is the name of the game, and starting over begins at a disadvantaged position where everything is more difficult. While in this difficult position, we don’t always know how to get to place of confidence and belief in ourselves.

Maybe getting there is easier than we think. Maybe the start of getting there is simply a matter of making a statement; of saying we are there. Once we have made that declaration, however, we are faced with the struggle of how to stay in that confident place. We may not always be able to, and in fact we won’t, but we have to learn to deal with that. In other words, we have to learn how to bounce back.

What to Do When People Say the Wrong Thing

Is there anyone among us (those who have experienced a brain injury) who is not sensitive to what other people...