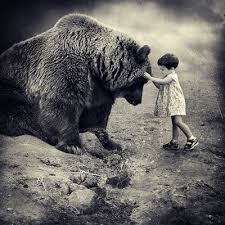 Some acts are obviously courageous: a person runs into a burning building and saves a life, or a bystander dives into a lake to save a drowning person. These are dramatic examples of courage and bravery, when people make spur of the moment decisions and put their own lives at risk in order to save others.

There is, however, another, harder to see type of courage, and to appreciate it you’ve got to pay attention because this isn’t dramatic and doesn’t get lot of press. I am talking about the “we have no choice, wake up in the morning and do your work” kind of courage: the kind exhibited by TBI survivors who get up every morning, and slog through their confusion, frustration and anger to fight the daily brain injury battle with no fanfare and no immediate reward.

Think about that. People like you, TBI survivors, live a brave and courageous life simply by facing the battle, head-on, each day; the difficulty and commitment of which is something few people understand.

Your courageous-ness needs to be acknowledged, and that is what I am going to do right now.

The Courage of the TBI Survivor

A courageous person doesn’t usually consider themselves courageous or special. Rather, they act out of a feeling of obligation, or need, and because of this, true courage is often marked by humility. While it is normal and healthy for people to feel pride in themselves or feel good about what they have done, it is a characteristic of courageous people to just do their job because that is what they do, and to not consider themselves especially courageous. They are just trying to live their lives the best way they can and do what they think is right.

In the case of you, the TBI survivor, each one of you exhibits great courage as you attempt to rebuild your life. While it would be nice if others could see that or were able to understand what you go through, it’s much more important that you understand that you are fighting an honorable, courageous battle, and that the rewards you get are a product of being in that battle, and they are priceless. You should also know that other people will probably never understand it.

The TBI survivor’s rewards for being courageous are: 1) be able to live your life in a manner you find fulfilling, and 2) the knowledge and the feeling you get from knowing you have accomplished something great, even though others may not see it.

There have been very few times in my life when I have been acknowledged for what I have done; not because people don’t care, but simply because others just don’t understand. One time, I was speaking with a girl I had just met in college and the conversation shifted to the fact that I had been in a coma for a month. She stopped, looked at me and said, “You must be the strongest person in the school.”

I can remember being completely floored and not knowing what to say. I sheepishly shrugged my shoulders and walked off. That was so nice of her to say, and so completely unexpected.

How I reacted was an example of how we can be affected by our self-image. I couldn’t accept a compliment from her because, in my own mind, I was a long way from what I had been before my TBI, and not worthy of such a compliment.

That is a huge issue. Many of us can feel so unworthy and downtrodden, it is not only hard to let compliments in, we blame ourselves for too much and apologize too often.

When people pay you compliments; try to really listen to what they are saying. Don’t deflect them or refuse to believe them. Try to understand the magnitude of what you are doing. So many of us think we don’t deserve it because we aren’t what we used to be before our Brain Injury, and that we are not worthy of praise.

You all are courageous and you are worthy

It’s hard to measure or see, on a daily basis, the results of your courageous-ness. Progress can be agonizingly slow. Add to that the fact that  you aren’t performing up to our old standards, and it makes accepting any type of praise difficult. No matter how well you are doing things, it never seems good enough.

However, each day you grow. You learn. You become.

The courageous-ness you exhibit is not for a one-time event. It is on display every day, starting when you wake up and drag yourself out of bed to fight an invisible and silent opponent. In many ways life becomes a grind, one that’ll chew you up and spit you out if you let it; but you battle. You fight for your dignity and your life, and by being engaged in that fight you gain so much. That’s a hard thing to explain to someone, but you know.

Your courage is not rewarded, and is, in fact, many times overlooked, mostly for the following reason: people are unable to recognize it. Most of you heroes toil in obscurity for what you think is important; simply because that is how you need to live your lives.

There is dignity and honor in the way you live your life, and you should be proud of every thing you have accomplished.

Believe in the battle and believe in yourself.

Finding Your Inner Strength after TBI

Several months after my TBI, when the shock of waking up after a month   in a coma had started to...